This recognizes significant contributions by individuals to the Canadian museum sector throughout the course of their careers.

“It means that small museums can make a big difference. To be recognized that this work is important, I think that really inspires people to keep doing it,” says Wolfe, recently retired after 20 years as director of Ross Farm Museum in Nova Scotia.

“It serves [the museum’s] purpose to stay small in its infrastructure, but you still have to think big. You don’t have to grow physically to grow big. Sometimes we just have to expand in ideas,” Wolfe says.

“For me,” says Fitch, the executive director of the Museums Association of Saskatchewan, “it says that people who work with those really small volunteer organizations are part of the museum sector too. That the work that I’ve done with these smaller museums is important, and has made a difference, has been part of making the Canadian museum sector more vibrant, and more able to steward and share the story of this country.”

Fitch and Wolfe have now been helping to tell those stories for decades, and both stopped just long enough to tell the stories of their own career journeys. 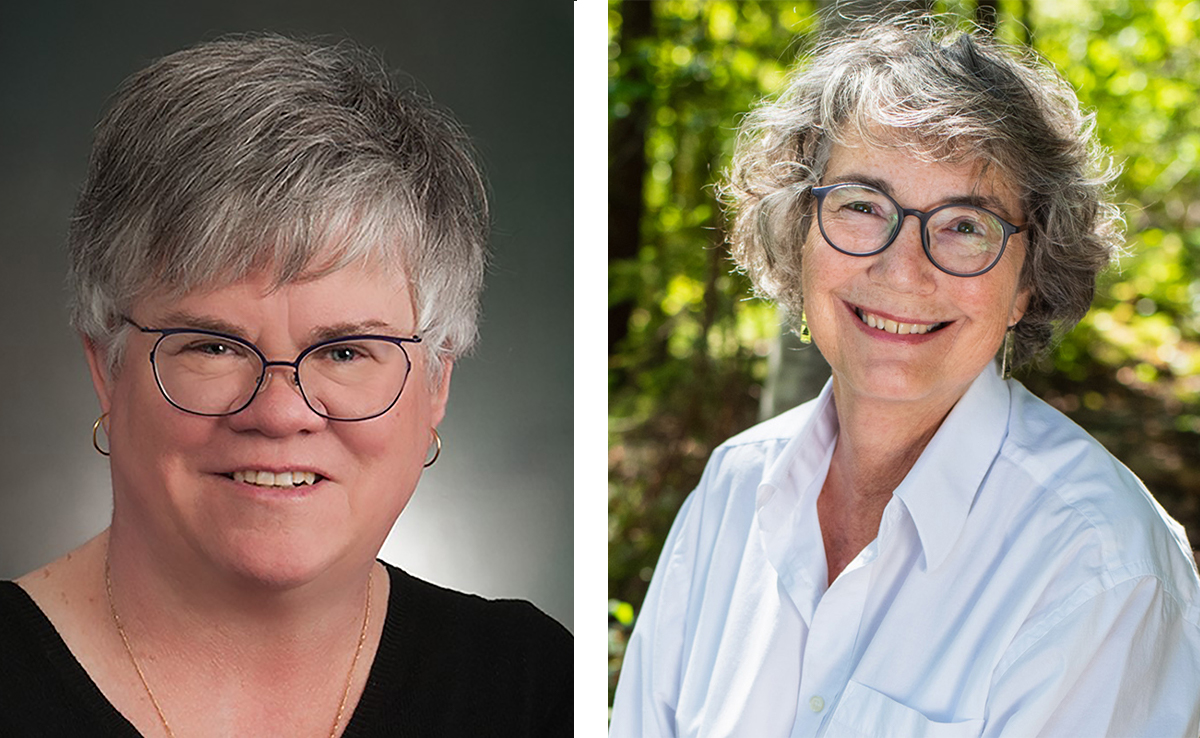 Fitch was born in Saskatoon but, she quickly points out, her family was from the Belcarres-Abernathy area to the southeast of the city. Her parents moved to Red Deer, Alberta and it was there, at age 16, where she joined her first board of directors, at the city’s public library.

“It’s actually how I got started in museums, because one of the other people on the board ended up being the first director of the new museum in Red Deer, in the early ’80s.”

It was a summer job at the Red Deer Museum, but later, with a degree in Canadian history and political science from the University of Calgary in hand, she joined as its full-time collections manager.

After an internship in Manitoba, she joined what was then called the Saskatchewan Museums Association as its first museums advisor. It was 1986. This is where her family’s rural roots really paid off.

“That turned out to be really useful, working with small museums in Saskatchewan, to be able to weave quickly into the conversation that, ‘my family are farm people, and small town people.’ Then they’d put down some small tool and see if I could identify it, and luckily I have a pretty good memory so I could say, ‘oh, that’s a hog scraper.’ There’d be all kinds of things farm related that they’d ask questions about, then I had established my credibility.”

This trial by farm-tool knowledge happened to her many times, she recalls, but once proven the local volunteers would be ready to take her advice on how to run their museums. She was often the youngest person in the room, she says, and “I really had to learn my diplomatic skills, to convince them that, you know, putting thumb tacks in things was not a good idea.” She describes the job of museums advisor “the first line of contact for our members, primarily the small, volunteer-run museums, when they had a question or concern about anything to do with running a museum. They could come to me, and we’d come up with some kind of a solution.” They’d “work together to find a solution that would enable them to be the best museum they could be.”

In 2012 she was appointed the association’s executive director — “I think I thought if I stick around long enough they’d put me in charge.”

Looking back, she cites as particularly satisfying having published the first set of standards for museums in Canada, and also having helped small museums to understand how to respectfully store and exhibit (or to not exhibit) Indigenous artifacts. She mentions the Clayton McLain Memorial Museum in Cut Knife as an example.

“They went on to develop a repatriation policy on their own, to include Indigenous members on their board. A year ago, they worked in collaboration with two First Nations to do a three-part commemoration of the signing of Treaty Six, and they won a Museums Association of Saskatchewan award of merit for that project. That is one of those really, really proud moments. I can say I might have had a part in getting that all started.”

In a similarly rural beginning, Lisa Wolfe started in Timmins, Ontario, then left for the University of Guelph to study marine biology. “And I end up on a farm,” she notes, right in the middle of southwestern Nova Scotia.

She hadn’t found steady work in marine biology and therefore began working with downtown business organizations, using skills she’s learned while organizing biology field offices. Her husband’s work brought them to Nova Scotia, and “I found I really liked the educational aspects of things too, so I started working with museums.”

In 2000, she was hired as director of the Ross Farm Museum. The living museum is on 60 acres of land, and still has the original buildings from a family farm that had been established in 1816. It remains a significant example of the settling of family farms inland from Nova Scotia’s rugged, wild coasts.

Ross Farm Museum is owned by the province but run by the volunteer New Ross District Museum Society.

“One of the big draws is that it’s run as if people actually live there,” she says. Nobody does live on the farm, but the staff who run it and do the historical work are from the very-rural local community and have the essential skill sets.

The farm is a hive of heritage activities. It runs heritage breeding programs for horses, pigs, sheep and chickens. It has a heritage seed preservation program. It might seem like the sort of place that would never change, but Wolfe says it has.

“What we found was it wasn’t so much the museum changing as it was our visitors, and their expectations.”

One might expect to hear that people began to demand digital experiences and flashy computerization, but in fact there’s been a rush to learn old skills — how to weave, how to garden, preserve foods, harvest produce and cook it in an open-heath kitchen, all of this taught by staff and local experts. It was, Wolfe says in quoting one of the staff, as if “we’re so old, we’re new again.”

Much of this activity happens in the new Learning Centre that opened in 2016, a $4-million project that brought major financial support from the tiny, local community. The new building is thoroughly modern, with passive solar elements and geothermal heating and even free Wi-Fi, but it’s architecturally complementary to the older buildings on site. Lessons taught inside also include quilting and rug hooking. Even the period clothing worn by the people who work the farm are made in the Learning Centre.

The museum was ideally positioned for the resurgence of craft, and the volunteer board cottoned on to that growth and rolled it into the strategic plan.

They asked, “What things can we do well and grow, and meet the needs of the community? I think that’s one of the neat things with museums, is staying relevant and looking ahead and looking at what you have to offer, and what you can do to help people understand what’s happening in the contemporary world.”

She looks back fondly on working with communities locally, provincially, and sometimes even internationally. Students have travelled great distances to the farm to study blacksmithing, snowshoe-making, and even coopering, as the modern world still needs barrels.

“I think a lot of the draw for the farm is wanting to do something with your hands, to see yourself accomplish something,” she says. “To be able to showcase that internationally has not only been good for Ross Farm, but also for the province.”