Three award-winning exhibitions share themes of inclusion, even if that link for one exhibition hangs — literally — by a thread.

Body Language: Reawakening Cultural Tattooing for the Northwest , at the Bill Reid Gallery of Northwest Coast Art in Vancouver, seeks inclusion by featuring Indigenous traditional culture in an exhibition created by Indigenous curators.

Fugitives! , at the Musée national des beaux-arts du Québec, in Québec City, seeks inclusion by asking Black and Indigenous artists to create portraits of slaves, who were themselves Black or Indigenous.

And while the inclusion theme may be less obvious in Shadows, Strings and Other Things: The Enchanting Theatre of Puppets , at the Museum of Anthropology at UBC in Vancouver, it’s there in the large presence of Indonesia, where puppets have long been used to challenge the government, the elite, and the status quo that represses those without power. 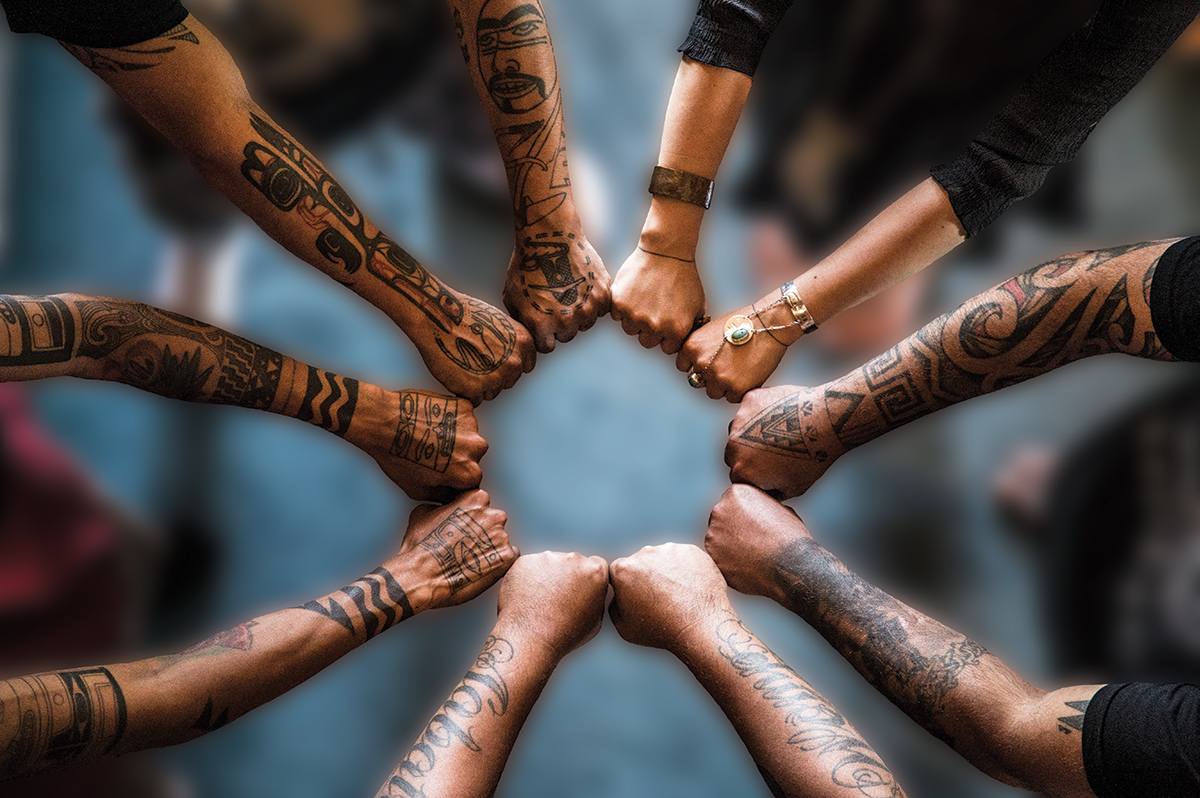 The Body Language artists displaying the tattoos on their arms. Photo – Courtesy of the Bill Reid Gallery of Northwest Art.

The exhibit included work by Nisga’a artist Nakkita Trimble, Tlingit artist Nahaan, Haida artist Corey Bulpitt, Heiltsuk artist Dean Hunt and, Kaszas. As guest curator, “Dion brought to the exhibition a deep and respectful knowledge of the ceremony, history and protocols of cultural tattooing traditions on the coast,” according a statement from the gallery. 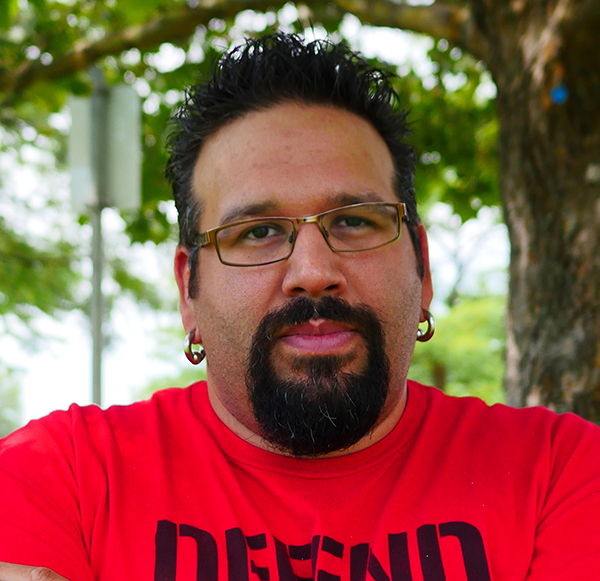 The award nomination explains that, “For millennia, Indigenous tattooing and piercing were central to ceremony and recognition of special life events, potlatches, and social rank within Northwest Indigenous communities. After these ceremonies were banned, personal crests were transferred to clothing and jewelry.”

Kaszas says tattooing was ubiquitous among Indigenous peoples in North America, but the tattoos meant different things to different nations. That’s why it was important to have the artists involved in the process, he says.

“When you look at many exhibitions about Indigenous tattooing it’s very homogenous, and doesn’t parse out the reality that even in British Columbia, there’s a large variety of nations that are represented in just this single province.” 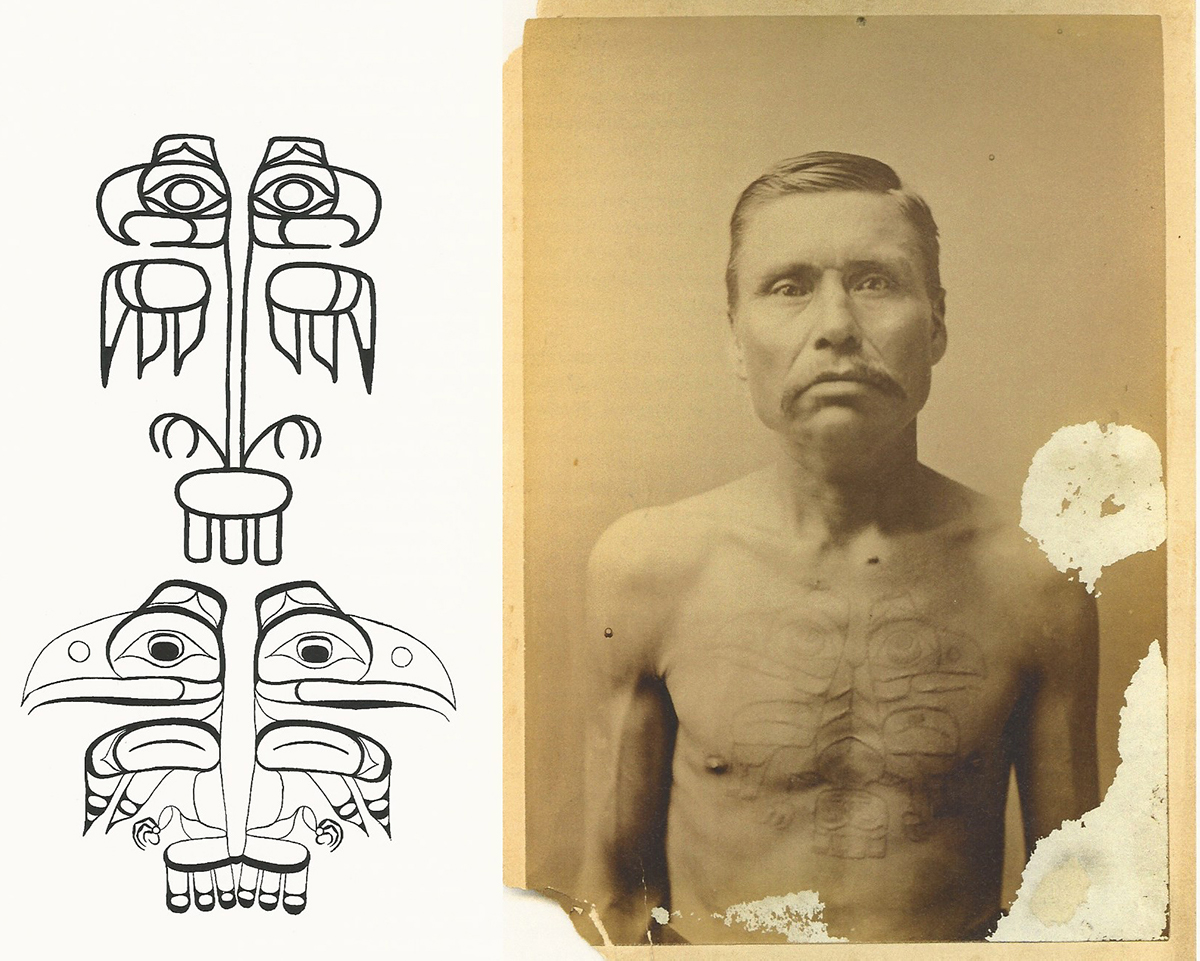 Each artist in the exhibition is “the spearhead to each of those nations’ revival of its tattoo practices,” he says, and it was important that their participation went deeper into the exhibition’s creation than is typical. “The artists who were in the exhibition became a curatorial steering committee.”

Kaszas says the exhibition was “a celebration of the resilience of our ancestors,” and that its impact is important.

“I’d say this exhibition has helped to bring more light to the work that these artists are doing, to help get the community more excited about the work that’s happening, and to understand that each of the artists is doing this work in a very good way, in a way that is focused on the healing of their community.” 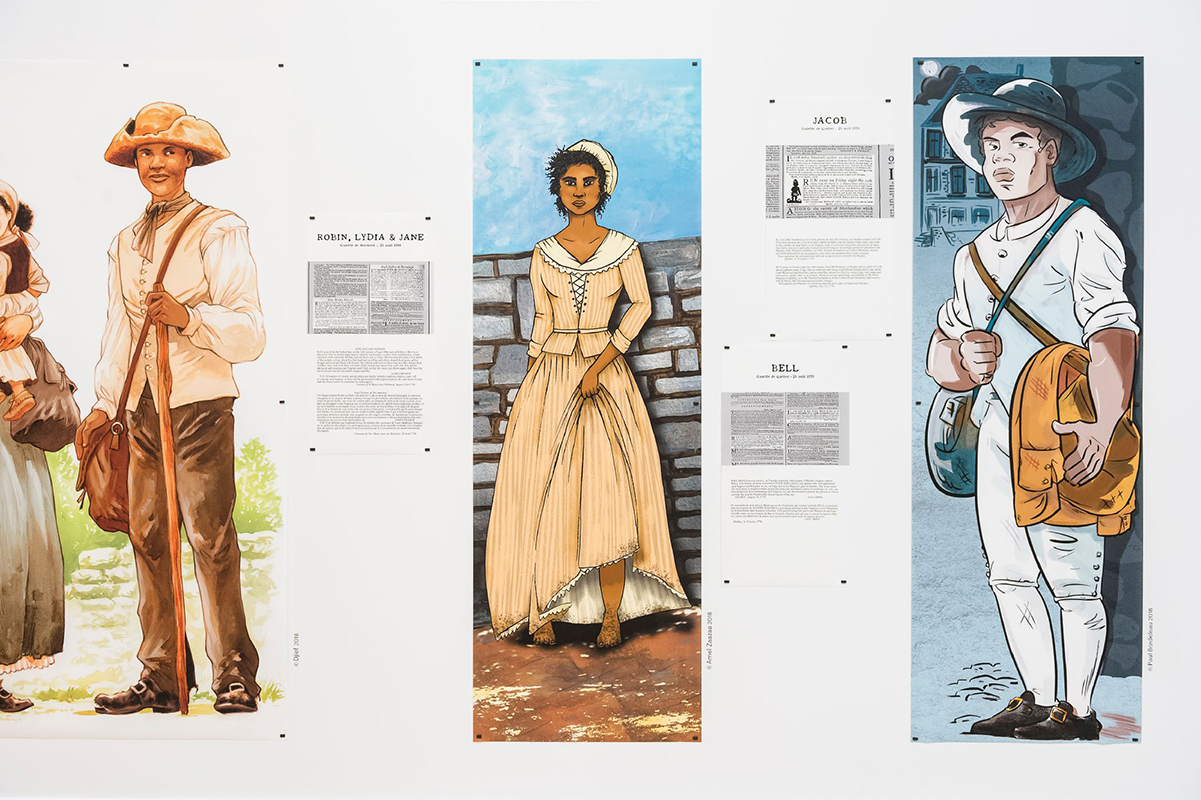 There’s an element of healing in Fugitives! as well. Nine Quebecois artists created 10 life-sized drawings that gave faces to slaves, using descriptions that had been published in Quebec and Montreal newspapers in the 18th century when the slaves had escaped or were to be sold. The exhibition, designed by Marie-France Grondin and Haythem Mojah, was installed prominently in the main gallery of Quebec art — and included portraits of some historical figures who had been slave owners.

“I think it was the best way to do it,” says museum director Jean-Luc Murray. “When we saw the effect of the project it was magnified by this conversation established between the artwork in our collection, the people in the portraits, the artists, and all the slaves that were revealed by Webster and the artists.”

The exhibition was conceived and curated by Aly Ndiaye, better known as Webster, the Quebec hip-hop artist, historian and an authority on Black history in Quebec.

“By visiting the museums of Quebec, by discovering their collections, we could easily believe that no Black population lived in Quebec before the last 20 years,” Webster said in 2019.

The award nomination says the exhibition reflected the museum’s desire to offer an inclusive environment, and to open debates on issues of identity and diversity. “Beyond the exhibition,” it says, “this presentation carries the strong signal that everyone now has their place at the MNBAQ.” 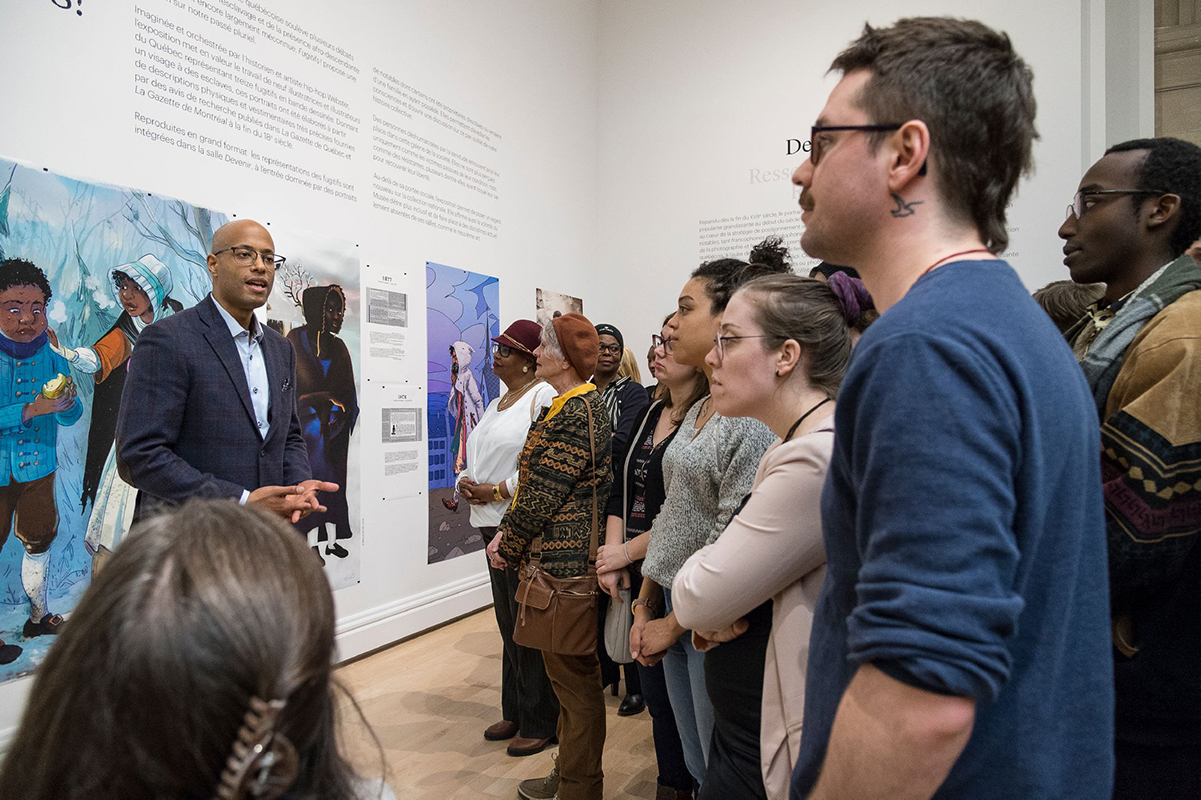 Murray says museum staff “had the opportunity to learn more about what we can do as a museum, to be more in those social and political issues that are important to tackle as a museum. It’s a learning project for us as a museum. It was not a political project, it was a human project, and it was done in a way that was really powerful.”

Murray says the award recognizes the museum has done something different and had directly addressed a pressing social issue. “It will give our team a little push to go in this direction.”

Meanwhile, Nicola Levell had to push in another direction when a planned exhibition had been postponed, so she created Shadows, Strings and Other Things for the Audain Gallery in the Museum of Anthropology at UBC.

“Puppets are really important in terms of the transmission of cultural values, in terms of telling stories that have moral content, so telling lessons and stories in that way. But at the same time, they’re also used for entertainment, and to amuse,” says Levell, an Associate Professor of Museum and Visual Anthropology at UBC, who was a guest curator for the exhibition. “They really tap into the imagination. They enable us to dream.” 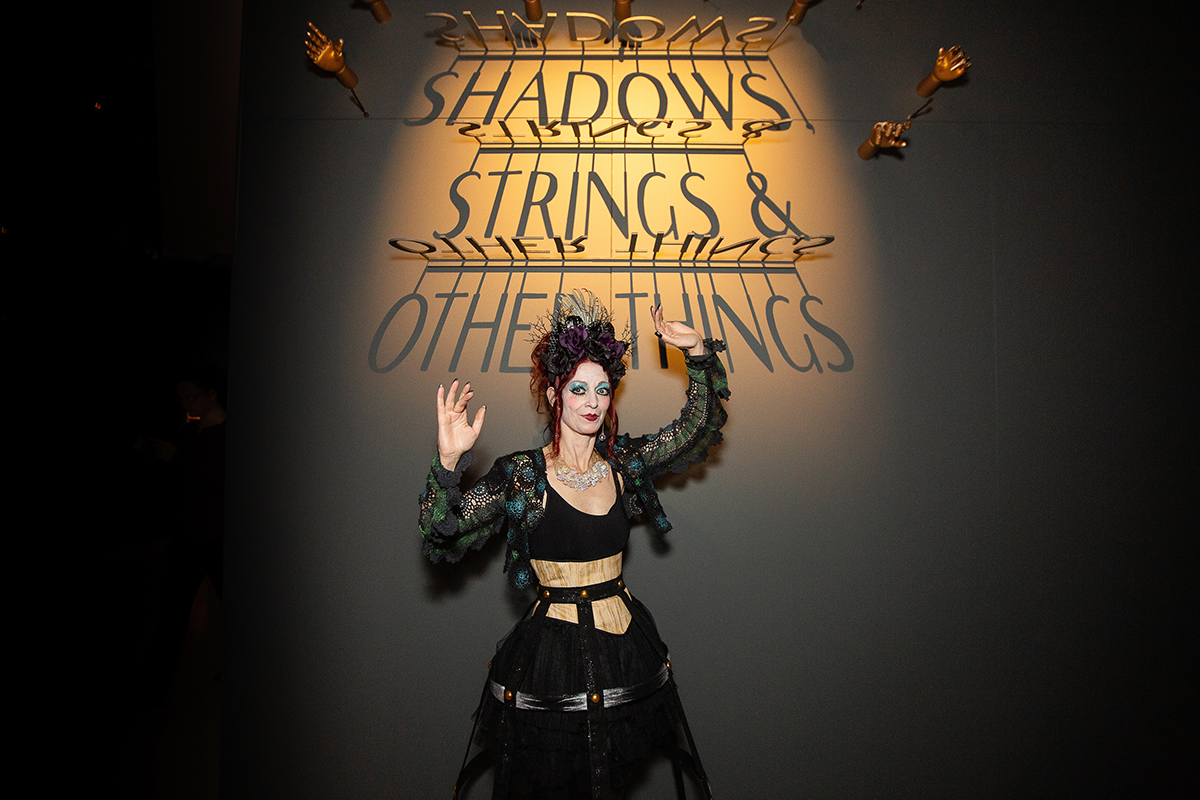 More than 230 puppets were included, most selected by Levell from the museum’s own collection. There were gaps to be filled, she says. She commissioned a new set of shadow puppets from China, made of leather, with detachable heads. Ten more arrived from Turkey, as a gift of the Turkish ambassador to Canada. She also acquired seven shadow puppets from Indonesia, though Indonesian puppets were already the largest part of the collection.

“It’s such a vibrant tradition in Indonesia,” she says, as a form of political critique and opposition. “From time immemorial it has been sponsored by the courts, the sultans. There’s a whole tradition of political bodies and political parties and the royal courts sponsoring puppetry.”

“One of the challenges of a curator when dealing with puppets is how do you bring them to life without actually being able to manipulate them on display, so they just don’t look like dead dolls hanging in space?”

The first challenge was to “bring them to life,” with elaborate staging and lighting to animate the puppets. It took a team of creative experts including Skooker Broome, who designed the installation and the lighting, Cody Rocko who led the 2-D design work, Stuart Ward who undertook the video projection work, and the museum’s fabricator Kate Melkert to animate the puppets into sharing their important stories. 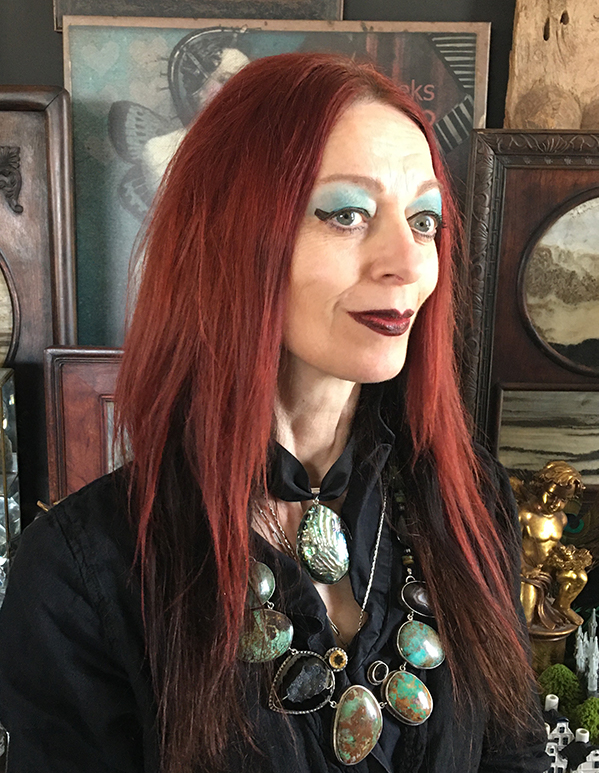 The result was a thoroughly theatrical exhibit, both in the physical space and in the online version that is also cited in the award. The online exhibition has 3D photography and virtual reality, details of the puppet makers and puppeteers, educational resources and more.

“I wanted to ensure there was a legacy, and a legacy that is concentrated within the website, that it brings a lot of the exhibition together,” says Levell, who wanted the online complement to give a sense of “how an exhibition looked, felt, or how you can navigate through it.” 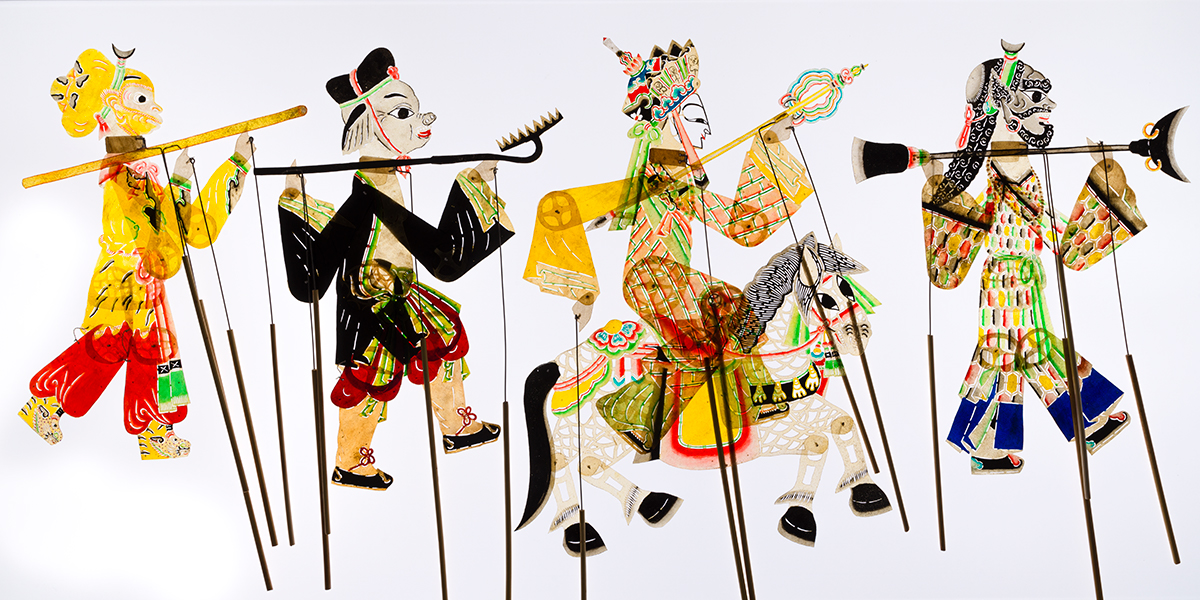 In addition to website there will be an edited volume that includes puppetry from Africa.

“It’s not only a legacy, it’s a catalyst,” she says, “a catalyst for creating an awareness and interest in puppetry.” M

Shadows, Strings and Other Things is available as a virtual exhibition: https://www.shadowstringthings.com/. View the trailer: https://youtu.be/r8NqhNz2WU4.