For research activities carried out in museums or applied to museum practice that contributes to the development of new knowledge and understanding.

For research in the art sector

For research in the cultural heritage sector

For research in the science sector

For research in the art sector: A-Health, Nathalie Bondil, The Montréal Museum of Fine Arts

We can’t understand and explain everything about human health through art, says Nathalie Bondil, but we can understand much.

“There are so many threads we can create with art, in a very poetic way — because of course it would be crazy, it would be madness, trying to explain this complexity,” Bondil says. But “this is exactly what I’m trying to do with fine art, without forgetting the academic research.” 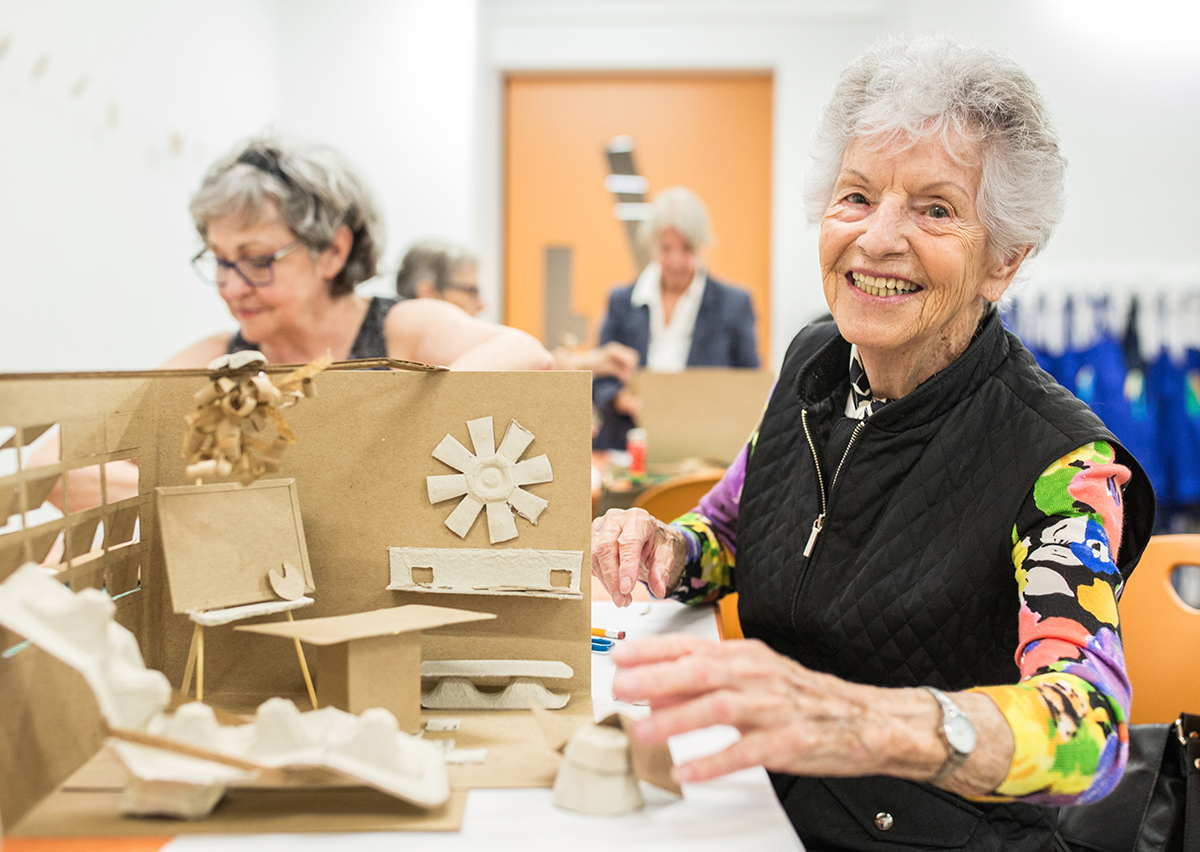 The award recognizes the work Bondil led as director of Musée des beaux-arts Montreal “that contributes to the development of new knowledge and understanding.”

The museum has pioneered studies on how exposure to art affects the health and well-being of seniors, people with mental-health challenges, people with eating disorders and others. Results show that prolonged, guided time with art has positive effects on people’s health and overall well-being, and also makes them more empathic. The research and programs are being shared with arts museums the world over.

“The role of the museum, it’s seen in a very, very different way right now. In the 20th century we discovered that sport was very good for health, but now we understand, thanks to all kinds of new measures, that we can really improve our health and well-being with art, culture, etc.”

Robert R. Janes’s and Richard Sandell’s book, Museum Activism, is itself an act of activism.

“It’s definitely activist in tone, nature, meaning and intent,” says Janes, a Visiting Fellow at the School of Museum Studies, University of Leicester. “We weren’t really sure how it was going to go over with everyone. It really has exceeded our expectations” 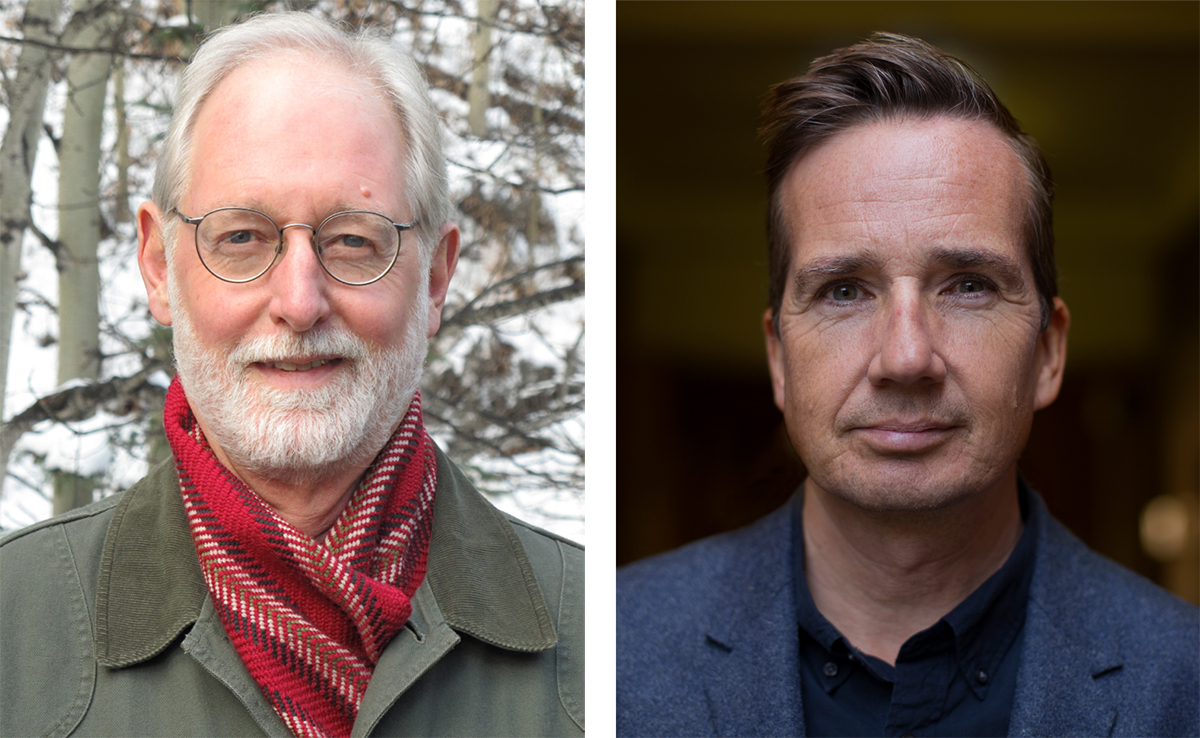 “There’s been such a shift in the way museums operate, and that’s what we hoped to capture,” says Sandell, a Professor of Museum studies at the same university.

Sandell says the book tries to capture “the idea that museums need not to sit on the fence, but take up a particular stand on some of these issues and really harness their unique capacities. It’s that recognition that museums can be more purposeful in addressing inequalities, injustice, whether they be social, political, environmental.” 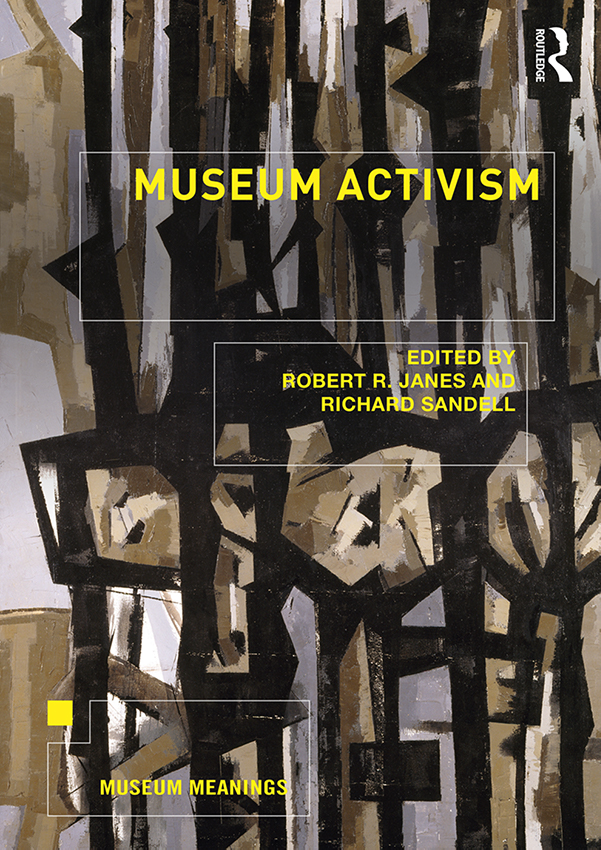 Winning this award suggests to the authors that activism is becoming more acceptable in museums and that museum activism “has great value and a future.” This is tremendously encouraging for the 55 authors from 18 countries who contributed to the book.

“We’re just enormously indebted to them, for that journey they went on,” Sandell says. “It was a real collaborative endeavour. This one was a big cast of people who all shared their thinking around the way museums are.”

The first challenge of Tom Everrett’s project may have been to pronounce it properly — the phonautograph.

“It just rolls off the tongue, eh?” Says Everrett, the curator of communications at Ingenium in Ottawa. “It’s a sound writer. It would convert the physical sound wave vibrations of speech into vibrations on a stylus, and that would etch the shape of those vibrations onto a moving plane of glass” covered in soot.

The device, which won the CMA award for research in the science sector, was originally built in 1874 by Alexander Graham Bell and Clarence Blake, and it was mysterious and ghastly. Bell had hoped the device could teach deaf students how to pronounce words and make sign language unnecessary — which, critics said, put the development of sign language back several years. 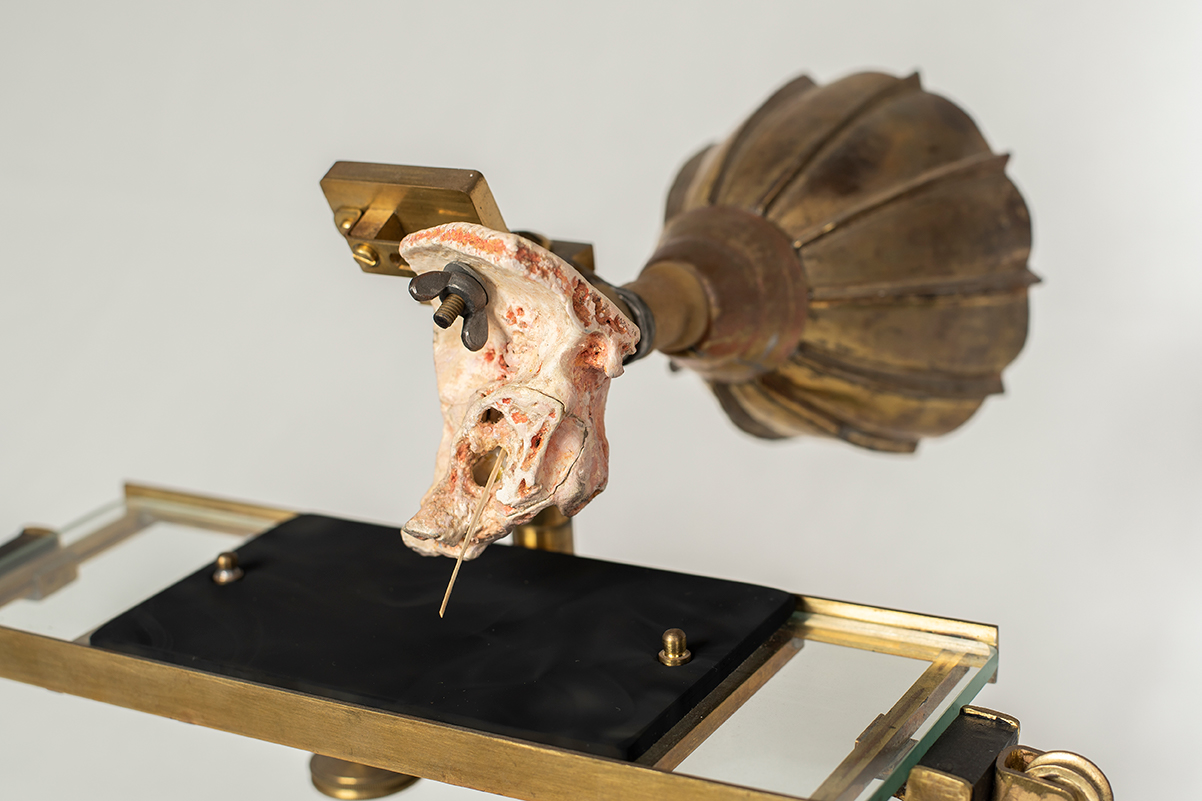 A close-up of the completed ear phonautograph reconstruction. Photo – Ingenium.

What was ghastly was that the sound was transmitted in the device by an actual human ear. No details exist of where Bell and Blake acquired ears. Not much exists of the device at all, but for a sketch and a photo, despite the fact it “very quickly and directly led to the invention of the telephone” by Bell two years later.

Undaunted, Everrett and his team set out to rebuild the phonautograph for the exhibition Sound by Design, at the Canadian Museum of Science and Technology in Ottawa.

He says the award recognizes the importance of objects as a part of research. “We could only get so far with written documents and images. Sometimes you need a three-dimensional object.” 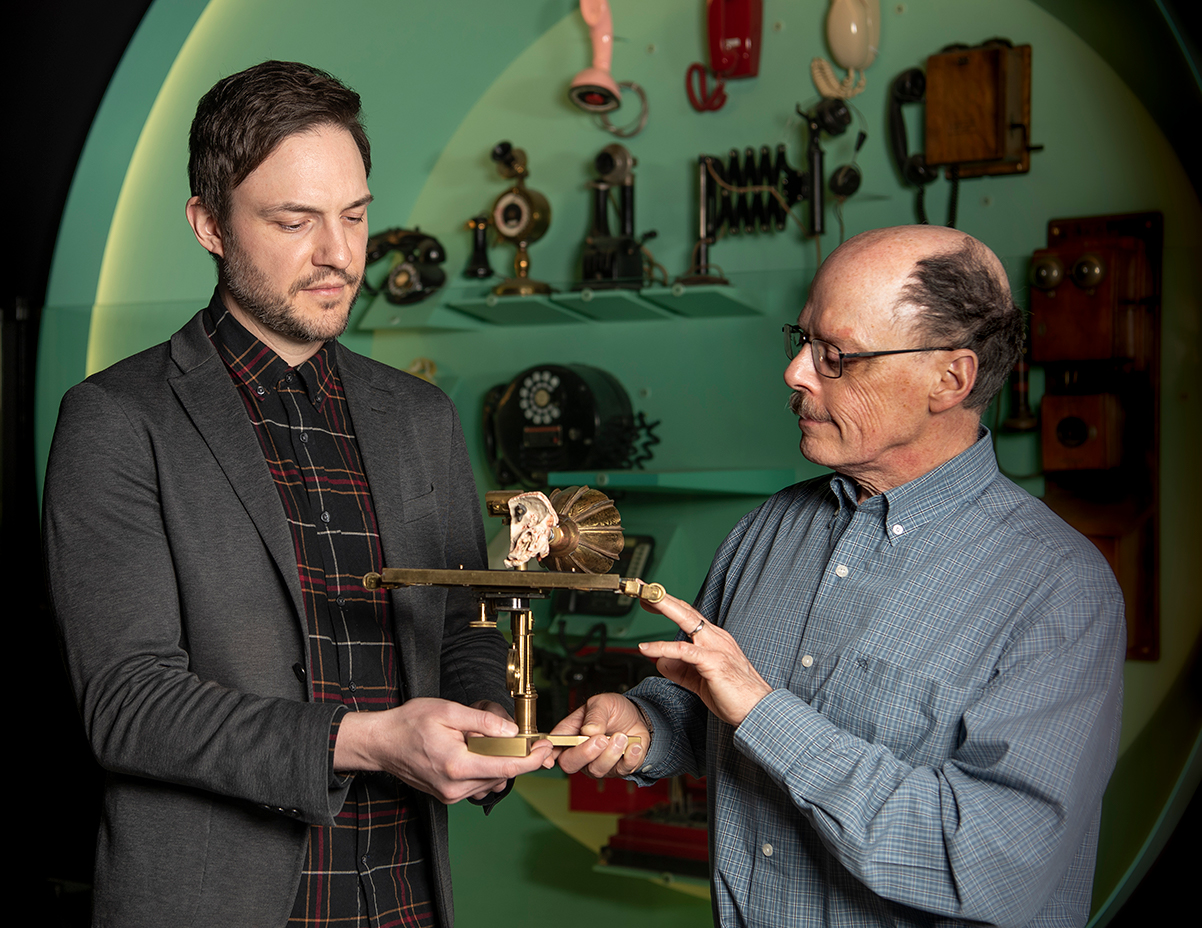 For more information on this project visit Ingenium’s website. The research related to this project was additionally published in the Science Museum Group Journal.